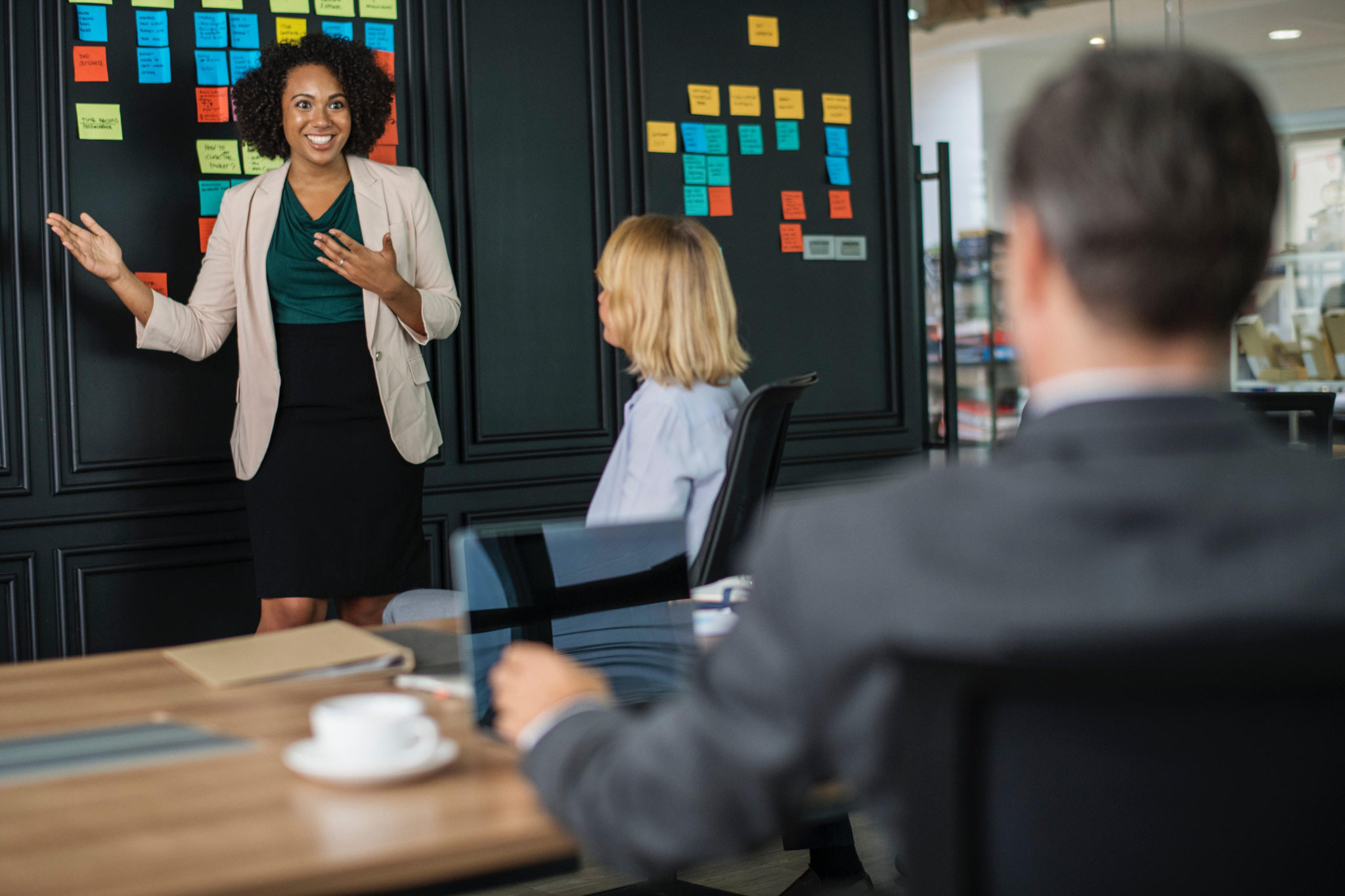 I’ll get my bias out of the way quickly with this one – I love Roth IRAs.

Chances are you may already know what a Roth IRA is and you may even know some of the benefits. But today we’re gonna look at some of the less well-known aspects of Roth IRAs that I think make it one of the best tools you have for investing.

Let’s look at five reasons 2018 is a great year to start a Roth IRA.

1913 wasn’t a great year for the United States.

Actually, to be totally honest, I know very little about that year. But I do know one thing – 1913 was the year the 16th Amendment was ratified, thus legalizing federal income tax.

At the time the lowest federal bracket was 1% and the highest bracket was 7% (oh what a time to be alive).

It’s hard to say exactly when taxes were lowest because tax rates are different based on different income. But most tax historians would say that taxes today, although never fun to pay, are much lower relative to where they’ve been historically.

Why does that matter? Because when you save to a Roth IRA you don’t get any tax deduction for making a contribution. The benefit comes with the tax-free growth that you receive, and even more importantly, you will be able to pull money out of your Roth IRA completely tax-free in retirement.

So if you can put money into a Roth IRA in a year where taxes are relatively low, and then you can take advantage of tax-free growth and tax-free withdrawals in the future, then you’ve saved a lot of money in taxes over time.

Ideally, you would save money to a Roth IRA in a year when you’re in a lower tax bracket. Doing this means that you’re not missing out too much on the opportunity cost of tax-deductible contribution to a Traditional IRA.

Then, if taxes are higher when it comes to take money out of your Roth IRA, you’ve won. You put money into a tax-sheltered account in a year when your taxes were lower to start with, and you pulled the money out completely tax-free.

Why do I say all this? Because our national debt is very large and it’s got to be paid back somehow.

What’s one of the most likely ways that will happen? Increased taxes.

I’m not claiming to predict the future, but I think it’s likely tax brackets will be higher when it comes time to pull money out of Roth IRAs than they are today.

Granted this will be different for everyone’s unique situation, but if you can get as much as possible into Roth IRAs today, then higher taxes in the future won’t impact you as much.

This isn’t necessarily a benefit of a Roth IRA, but it is a reason to start one ASAP. Especially if you’re nearing retirement.

The 5-year rule says that five years must have elapsed from the time you made your first Roth IRA contribution before you can withdraw your Roth IRA earnings tax-free.

For Roth IRA owners under the age of 55, this rule is irrelevant. They can’t withdraw their earnings tax-free anyways, and by the time they are 59.5, they will have owned their Roth IRA for five years, thus meeting the requirements of this rule.

But assume you’re 60 years old and you open a Roth IRA. And let’s say three years later you want to take all the money out of your Roth IRA. Doing this could get you in trouble.

You would be able to access your contributions completely tax-free and penalty free. But if you pull your earnings out too then it would be considered a non-qualified distribution that is subject to taxes and a 10% penalty.

This is why I often encourage people to start a Roth IRA as soon as possible. Even if it’s only funded with $100 it will get the five-year clock started and open up future Roth IRA planning strategies.

You do not get a tax break on everything. We already established that you don’t get a tax deduction for contributions to your Roth IRA. You would need a Traditional IRA if you want to deduct your contributions.

But a Roth IRA does shelter the growth on your account from taxes.

If you sold your investment after 40 years then ordinarily you would owe capital gains tax on that, not to mention any capital gains or dividends that would have been taxed along the way.

Assuming your combined federal and state tax bracket was 25%, then you would owe about $55,000 in taxes.

Meaning the Roth IRA would save you $55,000 in taxes on that one contribution alone. Now imagine what would happen if you made multiple contributions over the course of your working lifetime?

I’ll let those numbers speak for themselves.

When you put money into retirement accounts you should do it with the expectation that you won’t be withdrawing that money until age 59.5. With few exceptions, that’s the standard age at which you can begin pulling money out of retirement accounts without paying penalties.

With Roth IRAs though you have a little more accessibility.

Any money that you contribute to your Roth IRA you can pull out at any time without taxes or penalties. You just can’t access the growth on your contributions until you’re 59.5.

If you needed to, you could pull up to $25,000 from your account without paying taxes or penalties. But the $5,000 of growth would be subject to taxes and a 10% early withdrawal penalty if you took that out too.

For purposes of tracking, the IRS assumes that the first dollars you pull out of your Roth IRA are contributions. Then any dollars after that are assumed to be growth.

I used this strategy when I started my business. Of course, it killed me to have to take money out of my Roth IRA, but because I had been contributing to my Roth IRA since I was in college, I was able to pull several thousand dollars out of my account without taxes or penalties to pay for business start-up costs.

I want to be clear that I don’t ever recommend putting money in a Roth IRA with the expectation that you’re going to pull it out before retirement. Any money you put in your Roth IRA should be thought of as retirement money.

However, it is nice to know that if you run into a situation where you absolutely need the money, then you do have a certain level of accessibility to Roth IRA funds.

When you make contributions to an IRA or a company-sponsored retirement plan like a 401(k), you are not paying federal or state taxes on those contributions.

That’s the big appeal of these types of accounts. Want to pay less in taxes? Great – just put more money in your IRA or 401(k).

But don’t assume that the IRS is going to let you get away with avoiding taxes on that money forever. They will let you keep your IRA growing completely tax-deferred, but only until age 70.5.

Once you turn 70.5 they’re going to force you to start taking money out of your IRA. How else can they expect to make money off your IRA!

One of the benefits of Roth IRAs is that distributions aren’t taxable. Since they aren’t taxable, the IRS isn’t as concerned about forcing you to pull money out of it each year. Whether you leave money in your Roth IRA or take it out the IRS is still going to receive $0 from your Roth IRA.

Because of this, Roth IRAs aren’t subject to the same required minimum distribution rules that Traditional IRAs are. So if you turn 70.5 and don’t want to pull money out of your account quite yet then you don’t have to. You can let it grow as long as you want and you can even pass the account to your children tax-free.

Keep in mind though – once your kids or grandkids inherit your Roth IRA then they will be subject to required minimum distributions on that account. The distributions won’t be taxable, but they will still have to take them.

I told you my bias up-front. I love Roth IRAs. For the reasons we just went over and more, I think that Roth IRAs are one of the greatest investment tools we have.

So if you don’t have a Roth IRA, then what are you waiting for!

Have questions? Feel free to hit reply and ask me or let me know in the comments.