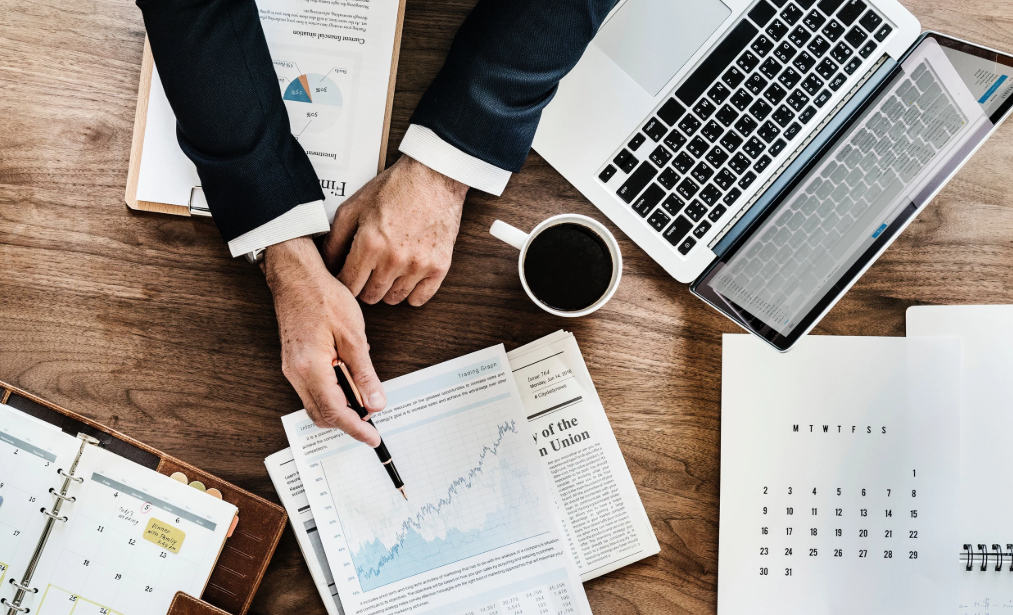 When it comes to personal finance there are few people I admire more than Dave Ramsey. He is spot on with much of his understanding of finance and what motivates human behavior.

If you’ve listened to Dave Ramsey at all then you understand what I’m saying here. You’ll often hear him talk about investing in mutual funds that return 12% over time.

But is that realistic?

But the way that average is calculated doesn’t mean much to you. To understand why, let’s look at an example:

Then the following year your investment drops in value by -50%. So your $200 drops back down to $100. You’re right back where you started from.

What was your average return during this two year time period? Well, if you calculate averages the same way Dave Ramsey does in this example then your average is 25%.

Don’t believe me? Look at the math:

Did your investments actually go up 25% each year? No.

This is, of course, an extreme example. But it illustrates how an arithmetic rate of return is calculated. I don’t want to get too technical, but that’s the method by which the 12% Dave Ramsey talks about is calculated.

The arithmetic return of the S&P 500 since 1926 is 12% and that’s why you hear Dave Ramsey say that you should expect to get 12% in your investments over time.

What’s a More Accurate Way of Calculating This?

We just saw that the arithmetic mean isn’t necessarily the best way to calculate the return you might achieve over time.

So how should you measure your return?

You should focus on what’s called the annualized rate of return. You might hear people refer to this as the compound annual growth rate (CAGR).

Your annualized return is what actually matters when it comes to your financial planning and investment projections.

In the example we used above, your annualized rate of return would be 0% if your $100 was still sitting at $100 after two years. And of course that makes sense. That’s the return that you actually achieved.

If you’re basing the projected growth of your portfolio on what the S&P 500 has done over time then you should use its annualized rate of return (10%) instead of its average rate of return (12%).

Why Does This Even Matter?

Some might say that we’re splitting hairs. But let’s take a look at the numbers.

If your investments grow by an annualized return of 10% per year over that time then you would end up with about $1,970,000 by the time you were 60.

So you tell me. Is that $930,000 difference between the two scenarios splitting hairs?

You need to make sure you’re using the accurate return numbers in your projections. Otherwise you run the risk of significantly over projecting how much you will have when you’re retired.

Whether it’s 10% or 12%, you also need to keep in mind that these averages are based on over 90+ years of returns.

It’s important to note that you can go long stretches of time without coming close to achieving that.

That’s 10 years of investing with nothing to show for it!

It doesn’t matter if you look at average return or annualized return during that time period, neither were remotely close to 10% or 12%.

There have been other periods similar to this as well. So keep in mind that even though the annualized return of the S&P 500 over time is about 10%, you should never expect to achieve that every year.

Some will dismiss this discussion as overly nitpicky. That’s fine. I just want to make sure people focus on the rate of return that matters.

And I don’t say this to bash Dave Ramsey. I think what he’s doing is incredible.

But it is important for you to use realistic rates of return when you’re running projections that impact something as important as your future financial independence.